I had been heavy my whole life. In high school I weighed 200 pounds. Food controlled my life. Over the years I had tried everything to lose weight. By the summer of 2009, I weighed so much – 325 pounds, and had so little energy that I could hardly move. I was so disgusted with myself that I wouldn’t put on a swimsuit or wear shorts to play with my nieces. I decided that the only solution would be to undergo gastric bypass surgery, so I called my doctor and insurance company and started to go down that road.

Previously, however, I had seen an article on the Gastric Mind Band that used hypnosis to make the mind believe that the body had undergone the gastric bypass surgery. More than that, this method promised to empower me to take control of my eating. Intrigued, I had gone to the web site and emailed the founders, Marion and Martin Shirran, expressing my interest. Their therapy was only available at their clinic in Spain and I didn’t want to travel that far so I decided to leave it. But when I was seriously considering lap band surgery, I received an email from the Shirrans letting me know that they now had a trained therapist in the U.S. That email was like an omen to me. I never expected it would result in me appearing on Good Morning America. 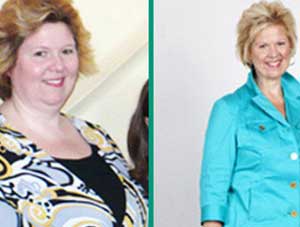 Ten months ago Marianne weighed 325 pounds. Then she discovered the Gastric mind Band and is now 115 pounds lighter she says she knows she will never regain the weight. Marianne joined Martin & Marion on the Good Morning America TV Show.

I gave therapist Hazel Newsom a call and even though I had a lot going on in my life, we scheduled the treatment. In November 2009 I went through the hypnosis stages with Hazel. On Saturday November 7 I had the hypnosis “surgery.” I wasn’t sure at the time that it was working. I wasn’t even sure if Hazel had managed to hypnotize me, but she assured me that whatever she was saying was going into my subconscious.

The results were amazing. Before the therapy, I would wake up thinking about what I would eat. Now, I have to remind myself to eat. Before I would eat four or five desserts at one time. My stomach has shrunk, so I don’t eat as much. It is so empowering to know that I can control my portions. Now I don’t ever think about dessert. I eat very healthily: chicken, fish, fresh vegetables and salads. I used to live on soda and ice tea; now I only drink water.

It was my birthday a few weeks ago so I decided to have a slice of birthday cake but after eating a bite or two, I pushed it away. In the past I would have cut one slice, then another until I had eaten the whole thing. That has been the most freeing thing: I don’t have to worry whether I will eat something, because I know that I won’t. I can’t ever remember weighing less than 200 pounds as an adult, so that’s the goal weight that Hazel and I set for me to achieve in one year.

When I weighed myself on August 7, 2010, I weighed 210 pounds. I had lost 115 pounds in ten months! I will reach my goal weight by December, but I think I’ll probably go lower because I feel that I can. Since appearing on the ABC News Breakfast TV show, Good Morning America, nothing has been the same. It’s wonderful! 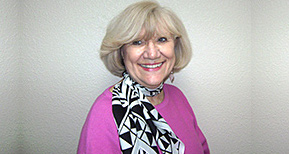 Now, when I walk past a mirror I have to turn around. Anyone who sees me (especially those who have known me a long time) cannot believe it. I have so much more energy. At work I take the stairs instead of the elevator and I have started to swim again. I’ve got my confidence back. But the change is not just physical. I am a totally different person, mentally and emotionally too.

I’m just so proud of myself and if my experience can help one person not go through surgery, I’ll be happy. The thing that amazes me most about the Gastric mind Band™ method is how easy it is to do. Your mind programs you to eat the right things. I really feel I have a new life now.

In 2010 Marianne appeared along with Hazel Newsom and Martin and Marion Shirran, on a Good Morning America TV special to talk about her Gastric Mind Band treatment.